The Return: Until's Book of the Week 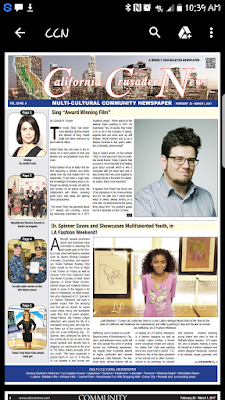 History:  Until's Book of the Week's inception happened in late 2010 and from there until now with just a few hiccups, became a radio segment on more than a few radio shows. It started with Sunset and Gumbo, moved to Until & Harmony Live and ended with OMG Radio show. Later in 2011 is where Until received the opportunity to have a column which took place more than two years ago. However, for the first four months in the paper it was known as "The Book of the Week" and mistakenly thought of as a Book review.

But later do to people's interest and the response of people realizing it was Until from the radio segment and that was her column, she then asked to have the column's name changed to match her radio segment. After the change, sparked her brand. Though the beginning successful rise of Until's Book of the Week column and radio segment, it took a hiatus in the year of 2013 do to un-forseen circumstances. 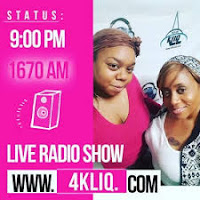 But a couple years later
Now, Until's Book of the Week has returned and you can once again find it at its root.

Until's Book of the Week can be heard on the radio show Lady Talk 101 every Tuesday night at 8:20 p.m. on KLIQ radio station and once again in the place that solidified the brand to begin with, the California Crusader Newspaper weekly better known as CCN.

So if you would like to have your book featured, find out what book is in the lime light or you're just interested in sponsorship opportunities, please contact Until at qcreative@sbcglobal.net. Please see below for more links:

This is Until saying: "It's okay to take a break. Sometimes you need to breathe and regroup to come back even greater." ~Until

Popular posts from this blog

January 07, 2020
More Than Pretty by Erica Campbell @imericacampbell We are starting off the New Year right with a wonderful beginning. With a wonderful new you. In this book she shares with you on how to make sure that you're not just beautiful cosmetically, but soulfully.  What better message to ingest in what is becoming such a shallow world. You can get this book at @amazon for about $13.34 hardcover. Other formats are available. This is Until with Until's Book Of The Week, saying, I'm "More Than Pretty." Are you? 😉 Remember to catch Until's Book Of The Book on QS Simple Treasures Podcast on anchor.fm. Season 1is up and Season 2 will be back late this January. #2020 www.untilsbow.blogspot.com www.untilnomore.net #untilsbookoftheweek #untilsbow #morethanpretty #ericacampbell #quandargraves#authorandpoetuntil #authors #qssimpletreasurespodcast
Post a Comment
Read more

November 07, 2019
Until's Book of the Week   is a one, close to (2) minute radio segment and newspaper column that is highly respected and has been called interesting and illuminating by many.  Un til's Book of the Week  is not a review, it is merely a platform that was created by me,  Quanda R. Graves  known as Author & Poet  Until  to give light to wonderful authors; new, independent and established.  I share books that I find enlightening,helpful, informative, inspirational, fun, joyously entertaining, vital, surprising and much more.  Until's Book of the Wee k also includes random trivia questions that come with prizes to excite and encourage readers, writers, listeners and others to participate, learn, and always have something to look forward to and share with others. Until's Book of the Week  provides a warm, diverting and intelligent approach to informing audiences of books they may have never encountered otherwise.  Currently  Until's Book of the Week
Post a Comment
Read more

January 07, 2020
BLEND by Mashonda Tifrere @mashondatifrere  Seriously, where was this book when my husband and I got together 21 years ago. In this book "BLEND" Mashonda is honest, transparent and true. She understands something so profoundly that many of us forget in a situation like this. . . It's all about the children. Let's be clear, things aren't always easy but that doesn't mean you have to give in, give up, or show out. But what it does mean, is for you to put your grown woman underwear on, roll up your sleeves to see what you gotta do, how to do, understand why you do and do it. In this book.  Mashonda took her time to process the situation, took her time to heal, get help on how and nurtured herself through the process and understood that though in pain, it was not about her, it was about her child and how she could make life an easy transition for him in regard to her divorce, the other woman becoming a permanent staple in his other side of life and more.
Post a Comment
Read more